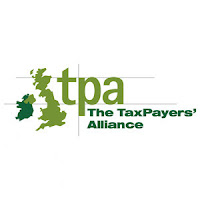 
We would like to welcome Matthew Elliott from the Taxpayers Alliance. Good evening Matthew. The Q&A is now in session

Politics UK
The TaxPayers' Alliance is a British pressure group and taxpayers union formed in 2004 to campaign for a low tax society.

What was your motivation in 2004 to start the TPA and did you expect that the TPA would be as big as a success as it has been?

Politics UK
The mission of the TPA is "to reverse the perception that big government is necessary and irreversible; to explain the benefits of a low tax economy; to give taxpayers a voice in the corridors of power; to oppose EU tax harmonisation."

Can you explain how “big Government” affects the average UK taxpayer?

The TaxPayers' Alliance
“Big government” means big government spending and a big tax burden! (And lots of regulations)
It is big government that has got us into the fiscal mess which we now find ourselves in.
High taxes hit hard-working taxpayers in their pockets, and big deficits rack up bills which future generations of taxpayers will have to pay off.

Politics UK
Why does the TPA oppose EU tax harmonisation?

The TaxPayers' Alliance
We oppose EU tax harmonisation for a number of reasons....
The main one is that we believe that tax rates in the UK should be under the sole democratic control of UK voters. Whether you’re from the right or the left, this is an important principle to defend.

Politics UK
Can you explain the benefits of a “low tax economy”?

The TaxPayers' Alliance
Low tax economies have higher growth rates, which means more jobs, a bigger tax take, and everybody better off.
Today’s unemployment figures show why we need tax reform, to get the economy going again.
We'll be publishing our Tax Commission report in April, which will explain how this can be done.

Politics UK
The TPA has been compared to the Tea Party in America, What are the similarities and difference between the TPA and the Tea Party?

The TaxPayers' Alliance
Good question!
Since the financial crisis, there have been taxpayer rebellions in many countries....
German taxpayers are sick of giving so much of their money to the profligate Greek government...
British taxpayers were sickened by the way in which MPs abused their expenses in the last Parliament...

Politics UK
Tim Horton from the Fabian Society has said that the TPA is “fundamental to the Conservative political strategy”. Is the TPA affiliated with any political party either officially or unofficially?

The TaxPayers' Alliance
They would say that wouldn't they!!
The TaxPayers’ Alliance isn’t affiliated with any political party....
We have praised and criticised each of the parties for their policies. The TPA Pin-up of the Month has been awarded to both Conservative and Labour politicians – as has our Pin-head of the month. The TPA wants all parties to recognise that government spending is unsustainably high – and we’re pleased to now have Ed Miliband as a new recruit to our way of thinking :-)

Politics UK
From 1-10, How would you rate the present Government?

The TaxPayers' Alliance
Giving one single score to cover all policy areas might be a bit disingenuous, but...
Before the general election, we produced a TPA manifesto, which outlined the policies we hoped the new Government would implement. Last May – on the anniversary of the creation of the Coalition Government – we analysed how well they were doing. You can see the manifesto (and our ratings) here: http://www.taxpayersalliance.com/m1yo.pdf
If we had to give an overall score though, I'd make it 6 out of 10

Politics UK
The Guardian reported in 2009: “The charitable arm of the Taxpayers' Alliance is being investigated by regulators after the Guardian revealed the Tory-linked campaign group may have used the charity to gain tax relief.”
Can you comment on that allegation?

The TaxPayers' Alliance
A very Paxman-esque question!
To give PoliticsUK readers the context for this question, The Guardian published a front page article on 29 December 2009 asserting that the Politics and Economics Research Trust (PERT) was being used as a vehicle to channel funds enhanced by gift aid to the TPA
This was followed up by a complaint to the Charity Commission by John Prescott. The Charity Commission carried out a very thorough investigation, including requesting The Guardian to provide further information. The journalist who wrote the article confirmed that they had no further information to provide.
The Commission published its report on 21 February 2011, and concluded: "The Commission had not seen any evidence to support the allegation made that the Charity had been used as a vehicle to channel funds enhanced with gift aid from the Midlands Industrial Council, to the Alliance. Further the Investigation did not identify any evidence to support this allegation more generally." Case closed!
A front page of that Guardian article may or may not be framed on my office wall though!

The TaxPayers' Alliance
We are big believers in transparency – this is why we file so many Freedom of Information requests to find out how taxpayers’ money is being spent...
This information should be freely available to taxpayers, which is why we’re pleased that the Government has brought in measures to promote spending transparency. Less work for us to do - no need to research/publish any more Public Sector Rich Lists!
The next battle is tax transparency, which is why we’re so pleased that Ben Gummer MP is introducing a Private Members Bill next week to improve tax transparency.

Politics UK
What is the TPA’s view on the 50p Tax rate?

The TaxPayers' Alliance
We’re for the abolition of the 50p tax rate. Bringing it in was a supreme act of cutting off our nose to spite our face. After an initial increase, the income tax take will ultimately fall as a result of the 50p rate...
And other low-earning taxpayers will have to make up this shortfall. Also many jobs won’t be created that would have been, as entrepreneurs put less effort in. And it won’t help growth - the Holy Grail of politics at the moment.

Politics UK
The TPA manifesto states that you wish to abolish a range of Quangos and reform others. Which Quangos should be scrapped or reformed in your opinion and why?

The TaxPayers' Alliance
We produced a paper on this a couple of years ago: http://www.taxpayersalliance.com/OrganisationCuts.pdf
The organisations we advocated abolishing were... *deep breath*
Local Development Corporations; Regional Development Agencies; Standards for England, the Office for Fair Access and Aim Higher; National College for School Leadership Saving, British Educational Communications and Technology Agency; School Food Trust; Football Licensing Authority; Commission for Architecture and the Built Environment; British Waterways; Sustainable Development Commission; Office of the Children’s Commissioner; National Policing Improvement Agency; and the Government Equalities Office...
(The reasons why are given in the paper)

Politics UK
The TPA advocates that the Post office should be privatised. How would privatisation increase value for money for consumers?

Politics UK
Why should the UK abandon the 2020 renewable targets and the EU emission trading scheme?

The TaxPayers' Alliance
The EU renewable energy targets require huge investment in our energy sector which will significantly increase energy prices for families and businesses in the UK. The ETS also increases bills and has proved dismally ineffective. It is going to become an even worse deal for us when the new floor price comes in.
Given Britain emits less than 2% of global emissions, and the major emitters aren’t following our example, these policies would have little effect anyway. We would do better to focus much smaller amounts of money on directly putting scientists and engineers to work finding more affordable alternatives to fossil fuels.

Politics UK
The UK and the EU. Should the UK hold a referendum over the UKs membership in the EU and how would you vote?

The TaxPayers' Alliance
On a straight In/Out referendum I’d vote to leave the EU
Yes, they should hold a referendum on our relationship with the EU

Politics UK
What reforms does the NHS need for an aging population?

The TaxPayers' Alliance
To be honest with you, we haven’t focused much of our research time on NHS reform, but we did produce a paper last year called ‘Wasting Lives’. This paper found that in 2008 (the latest year for which data is available) 11,749 more deaths occurred in the UK than would have if the UK had matched the average mortality amenable to healthcare rates of European peers. Here's the paper:
http://www.taxpayersalliance.com/wastinglives2011.pdf
The paper also found that the amount of money invested had little effect on the performance of the NHS. This suggests reform is necessary, and an aging population only makes this more urgent...
Here's a video about the report, as the concept's a little technical: http://www.youtube.com/watch?v=fF03yKDEn1U

Politics UK
What are the future plans for the TPA?

The TaxPayers' Alliance
As mentioned, we’re publishing the report of our Tax Commission in April, which will show how we would like to see the tax system reformed. This is a joint project with the Institute of Directors, and a dozen or so experts have worked hard over the past 18 months to write it. Watch this space for more details nearer the time.
Also, from a personal perspective, I hear there may be some more referendums around the corner!

Politics UK
This concludes the active Q&A session. We would like to thank the Taxpayers Alliance for attending this interview.

This thread is now open to PUK members to post their questions.
Politics UK
Robin French: Do you think that No2AV would have gotten away with the claims they made in the run up to the AV referendum if it had been covered by the rules that apply to parliamentary election campaigns?

The TaxPayers' Alliance
Robin: The referendum was covered by the same rules as general elections, and we were given a clean bill of health by the Electoral Commission, Advertising Standards Authority etc, so yes...

Tam Raymond
Hi, where did your “sister” organisation, “Taxpayer Scotland” get the numbers indicating their view that “Scotland's debt could be as high as £189bn, even before taking into account its share of the national debt.”?

The TaxPayers' Alliance
Tam: I'm not familiar with the details of that report, but you can read it here: http://www.taxpayerscotland.com/news/StateofScotland_Debt_Jan2012.pdf

The TaxPayers' Alliance
Richard: more difficult than 2011, I think. That's the feedback I'm getting from supporters, especially small businesses
I think it's their financial obligations - current debt, liabilities, etc

Politics UK
Sophie Louise: Is this a government of taxation. Is it different to the last government?

The TaxPayers' Alliance
Sophie: Unfortunately taxes have gone up, so it is a 'government of taxation'